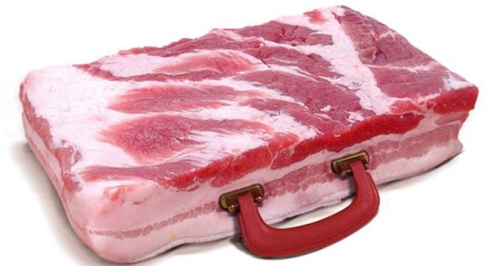 As a continuing reader of Duct Tape & Bubblegum, you’ll become an expert on Meatbagism, but for now, we’d like to reintroduce the subject as it is the axis around which our philosophy rotates. We realize that the use of the word “you” will become a bit confounding by the end of the post, but you’ll get it.

The idea of “you” is the story you chose to believe in based upon situations and circumstances that have conditioned your responses since birth. At any moment you can (if you chose to) divorce yourself of this narrative and contemplate a larger truth for your life. The idea of “you” (I, me) is based upon the consciousness that formed as the result of your biology being subjected to genetics, people and experiences. Most of these experiences are only cultural preferences that are further rooted in socioeconomic models. Our identification with our body and self (The I-Me-Complex) is a set of programmed influences, body identification and identification with time and place. In the extreme, we can see the tentative nature of body identification in people who chose sex change operations so that their external reality can represent their internal reality.

Recognizing this truth can be found in answering a simple question:

If we could swap bodies at anytime in our lives, how would we know what our true identity is independent of the body we inhabit?

If we were separated from our place in time, our people, our genetics? If you can appreciate that 99% of your perspective, which informs your daily reality, is the result of this body identification (including the time/place identification) then you have the ability to expand your worldview by including the experiences of other people, who are also identified with their body attachment. Think of a person who you are most judgmental of and imagine how you would be living in that person’s body. Attempt to understand everything about that person’s reality as it is informed from within that body. Think about how that body moves, how it sees, how it believes other people see it and about the family it will interact with (and that family’s values).

Do you think if you were in that body, and you had no perspective separating you from that body, that you would act and feel any differently? Probably not.

We participate in this experiment daily and we don’t know it. We are participating through judgement. All the time, in passing, we judge people from the perspective of our differences, rather than similarity. Judgement creates the scenario in which you believe that you are somehow separate and apart from other people. That somehow your experience is the better, or worse one (depending on your mood and situation). But in all this judgment of other people, we rarely stop to see it through the theory of Meatbagism: if all the same factors were true of us as it is for them, ‘Wouldn’t I be that Meatbag?‘ That is to say, how do you know you’d be any different if you were wearing that Meatbag instead of your Meatbag? With that in mind, you are a Meatbag (and we mean that in the most loving way).

So what? Why would you care that you are a Meatbag (as we are, too)? Here’s the beauty… this is one of the quickest ways to develop empathy and compassion for others; you come to an ultimate realization that (according to Meatbag Theory) you ARE the person that you are judging. Metaphorically speaking, you are not separate and now you can view your similarities rather than differences. We are all the same spiritual being, poured into different Meatbags but drawn from the same source. Dealt a different hand, we might be you, you might be me.

When judgment separates you from other people, you feel lonely in a populated world.

The information provided herein should not be construed as a health-care diagnosis, treatment regimen or any other prescribed health-care advice or instruction. The information is provided with the understanding that the publisher is not engaged in the practice of medicine and does not enter into a health-care practitioner/patient relationship with its readers. The publisher does not advise or recommend to its readers treatment or action with regard to matters relating to their health or well-being other than to suggest that readers consult appropriate health-care professionals in such matters. No action should be taken based solely on the content of this publication. Information on this website is general as it can not address each individual’s situation and needs. The information and opinions provided herein are believed to be accurate and sound at the time of publication, based on the best judgment available to the authors. However, readers who rely on information in this publication to replace the advice of health-care professionals, or who fail to consult with health-care professionals, assume all risks of such conduct. We have made every effort to insure that content is accurate, correct and current and are not liable for any unintentional errors. Links to other websites and contacts have been carefully chosen, but do not imply endorsement and we are not responsible or liable for their information and contents.The publisher is not responsible for errors or omissions.
%d bloggers like this: