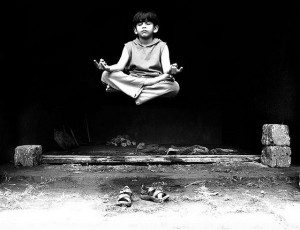 Meditation? What is it? For over 5,000 years, meditation has been used in spiritual and healing traditions in many parts of the world. Historically, religious or spiritual aims were central to meditation and traditionally, meditative practices held some type of spiritual growth, enlightenment, personal transformation, or transcendent experience as their ultimate goal. With the integration of these traditions into modern and Western culture, the practice of meditation has increased in popularity among the general public. ​Over the last 40 years meditation has been used as a secular mind-body therapeutic approach for a variety of psychological and health-related problems. Its positive therapeutic benefits have been described in many ways in the scientific health care literature, including improved coping with distressing emotions, reduction in anxiety, reduction in depression and improved coping with pain. The complex quality of meditation, and the multitude of theoretical perspectives that describe the practice, have contributed to modifications in its use, and the resulting variety of therapeutic effects across meditation research studies.

Meditation is typically defined as an emptying of the mind of thoughts, or concentration of the mind on just one thing, in order to aid mental or spiritual development, contemplation, or relaxation. With such a broad scope of meaning it is easy to place a variety of unique mental and physical practices into the singular category of meditation.

Some Types of Meditation
Meditation has many different techniques to fit with one’s individual needs, and does not necessarily require the difficult task of emptying the mind of thoughts. Meditation has subsets alike to other diverse human activities such as dancing. As an illustration of this diversity, meditation examined within the health research community has among others, included:

Over time and within different cultures, these diverse approaches have evolved out of several spiritual and philosophical traditions into techniques that range from reciting mantras (TM and RR) to spinning (Sufi Whirling Sema). Some practices require specific body positions (Zen Buddhist meditation, Tai Chi, and Yoga) while others are not concerned with posture (TM, RR, and CSM). Some practices (Yoga, Tai Chi, and QiGong) include movement, while others (Zen Buddhist Meditation, TM, RR, and CSM) use sitting as their primary practice. Early adaptations of meditation to psychological theory reflect the influence of TM, RR and CSM. Each of these approaches are behavioral relaxation methods in which a stimulus (the mantra) is associated with a sustained state of relaxation.

Meditation practices are categorized according to essential characteristics:

* The primary goal of practice – relaxation, healing, or spiritual.

* The mode of attention – mindful, concentrative, or a shift between
background perception and experience.

Like other complex therapies, meditation involves a combination of specific and vaguely defined features that can be applied on their own, or together with other therapeutic and self-help skills. Whatever form one’s practice may take, meditation is increasingly viewed as a way of responding to one’s life in a manner that is noted by a deepening knowledge about experience derived from being focused in the present moment. Mindfulness is one such form of meditation that emphasizes present-centered awareness and has been widely adopted by health care. Mindfulness can be effective on its own, or in conjunction with other psychotherapeutic treatment.

Mindfulness adapted for psychotherapy is a type of meditation derived from original Buddhist teachings. Buddhist teachings are dedicated to a pragmatic effort to know the mind, train the mind and liberate the mind. Mindfulness practice is central to these teachings and was developed as a course leading to the end of suffering and personal distress, a goal that is in kinship with the goals of modern psychotherapy. In Buddhist teachings, mindfulness practice involves turning one’s attention to experience in the present moment with acceptance. According to this Buddhist tradition, the present moment is our only encounter, therefore clinging to obsessive thoughts of past, or future inherently leads to suffering and distress. Simply put, mindfulness can lead the practitioner away from the constant worry of an overly active, anxious mind, toward the insight of a stable mind. Despite its Buddhist origins, mindfulness is not a religious activity, rather comes out of a Buddhist viewpoint of the psychology of mind, and as such has been easily adapted into Western psychology. Mindfulness is described by some psychologists as a process of bringing spacious awareness to moment-by-moment experience. In contemporary psychology, mindfulness has been used to increase awareness and create unbiased response to the mental processes that are known to amplify emotional distress and maladaptive behavior.

Mindfulness is both a mental state and a simultaneous meditative action to achieve that state. It is self-regulation of attention maintained on immediate experience, thereby allowing for increased awareness of mental events in the present moment. Mindfulness requires engaging a neutral orientation toward one’s experiences in the present moment, a perspective that is characterized by openness, interest, receptivity, and acceptance. It is described as a process of regulating attention in order to bring that neutral observation to your here-and-now experience. It emphasizes relating to that experience within an orientation of openness and non-critical acceptance. With consistent practice, mindfulness results in a process of attaining clear perception into the nature of mind and taking on the ability to observe thoughts and feelings as temporary, objective events in the mind, rather than reflections of the self that are determined as true. This process allows the practitioner to distance oneself from self-doubt and negative mental patterns.

One thought on “Introduction to Meditation”

The information provided herein should not be construed as a health-care diagnosis, treatment regimen or any other prescribed health-care advice or instruction. The information is provided with the understanding that the publisher is not engaged in the practice of medicine and does not enter into a health-care practitioner/patient relationship with its readers. The publisher does not advise or recommend to its readers treatment or action with regard to matters relating to their health or well-being other than to suggest that readers consult appropriate health-care professionals in such matters. No action should be taken based solely on the content of this publication. Information on this website is general as it can not address each individual’s situation and needs. The information and opinions provided herein are believed to be accurate and sound at the time of publication, based on the best judgment available to the authors. However, readers who rely on information in this publication to replace the advice of health-care professionals, or who fail to consult with health-care professionals, assume all risks of such conduct. We have made every effort to insure that content is accurate, correct and current and are not liable for any unintentional errors. Links to other websites and contacts have been carefully chosen, but do not imply endorsement and we are not responsible or liable for their information and contents.The publisher is not responsible for errors or omissions.
Loading Comments...
%d bloggers like this: