Something completely unexpected has happened; the story of my family has changed.

My dad was a Marine serving in Viet Nam and it messed him up, but not only him, it messed us all up. It’s not only until recently, 46 years later, that healing has begun. We are 4 brothers in my family. My parents are married almost 50 years now. It sounds great, but it wasn’t easy growing up. It seems like so many people have grown up in dysfunctional families but what’s special with mine is that we’ve actually started healing. My big, military, macho 75 year old father has been in Post Traumatic Stress Disorder therapy for 1 year now. He used to say pulling weeds was his therapy. That’s about as self-aware as he got; some quiet time doing mundane tasks to clear his mind for 5 minutes. I think this PTSD therapy is a miracle. Right now he’s definitely not seeing it that way. He’s not enjoying it very much because it’s bringing back very grim memories of the war as well as his negative actions in the family. My father was a complete asshole growing up. He was threatening, angry and mean. As a child I remember seeing the film, The Great Santini and thinking how similar my dad was to Robert Duvall’s aggressive character. I hated Robert Duvall after that, and I couldn’t tell you about the movie now, but that deep feeling of my father so similar to him is clear. 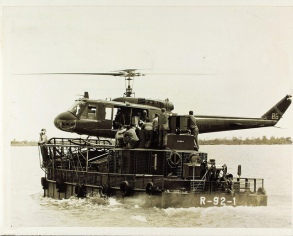 My dad has always had nightmares. I have never known him to sleep well. A little over a year ago he had such an intense night-terror-flashback that my mom had to call my older brother Kiki to come over to help. At first she thought he might be having a heart attack, but then he kept saying, “I couldn’t get them out, I wanted to get them out”. She felt it had to be some sort of delusion. Kiki said that when he got there my dad eyes were swollen & he was sobbing uncontrollably. He kept repeating the names of men in his company, as if he was looking for them. He told my brother, “there are body parts everywhere, they’re all dying”. My brother tried to console him and calm him down; he wiped his head with a warm damp towel. He said, “Dad, it’s me Kiki”. My father replied confused, “…he’s not born yet”; not understanding that his oldest son was there in his hallucination of Viet Nam.

My father had watched the news that night and the story of a downed helicopter triggered his memory. My dad was a helicopter pilot in Viet Nam & has had a reoccurring nightmare of a particularly difficult and dangerous mission where at one point he thought he had left some soldiers behind in the jungle. He didn’t.

After this episode the family put pressure on my dad to get help. My father doesn’t ask for help, but 3 months later he finally did. He went to the Vets Center for the first time ever to my knowledge, to check out the types of services they have. He broke down so severely in the lobby that someone called a therapist in right away. This was the beginning.

The U.S. Department of Veterans Affairs has a brilliant new program that helps PTSD veterans. Its brilliance is that it incorporates the family of the veteran as well, and even better- it’s free! It started with my dad, then my mom, then my mom and dad. Last January, after his first month my father said to me, “Oh yea, I’m almost done…maybe a couple weeks more”. I smiled because I knew he was barely starting, but I was so proud of his progress. We, the sons, have gone to our own sessions separately and now have progressed to group sessions with my dad & mom. I remember my first session. I have had years of therapy and I love it. It’s done so much good for me. When I first sat down in the VA’s therapist office I thought of myself as a calm, cool & well seasoned psychoanalysis patient. It took about 2 minutes before I burst into tears. I tried to hold it in, but I cried my eyes out. I was a 42 year old man bawling like a 5 year old child. I couldn’t believe that someone understood what I went through and there was specific help for it. I was overwhelmed. 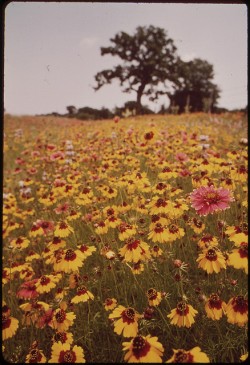 I wrote off my father years ago. As much as I used to want to change him & prayed that he would change, I accepted that we would never have a close relationship & he would be bitter and angry until he died. Now I can see and feel a shift in him, in our relationship, and my family. We each are going through our own personal difficulties but this shift has brought us closer. We are communicating, trusting, supporting & showing love to one another. As I write that it seems so basic and fundamental, but to a large extent, it’s new to us. The synchronicity of this past year is undeniably relevant & greatly appreciated. I am writing about this because it has been a life experience completely unexpected but welcomed. I can see how with all the self-help I do between meditation, therapy, The Secret, exercise…It’s the application of the learned methods to your life that gets you moving.

I look forward to our progress & all that life has in store.

10 thoughts on “Healing PTSD: A Family’s Experience with War and Recovery”

The information provided herein should not be construed as a health-care diagnosis, treatment regimen or any other prescribed health-care advice or instruction. The information is provided with the understanding that the publisher is not engaged in the practice of medicine and does not enter into a health-care practitioner/patient relationship with its readers. The publisher does not advise or recommend to its readers treatment or action with regard to matters relating to their health or well-being other than to suggest that readers consult appropriate health-care professionals in such matters. No action should be taken based solely on the content of this publication. Information on this website is general as it can not address each individual’s situation and needs. The information and opinions provided herein are believed to be accurate and sound at the time of publication, based on the best judgment available to the authors. However, readers who rely on information in this publication to replace the advice of health-care professionals, or who fail to consult with health-care professionals, assume all risks of such conduct. We have made every effort to insure that content is accurate, correct and current and are not liable for any unintentional errors. Links to other websites and contacts have been carefully chosen, but do not imply endorsement and we are not responsible or liable for their information and contents.The publisher is not responsible for errors or omissions.
Loading Comments...
%d bloggers like this: